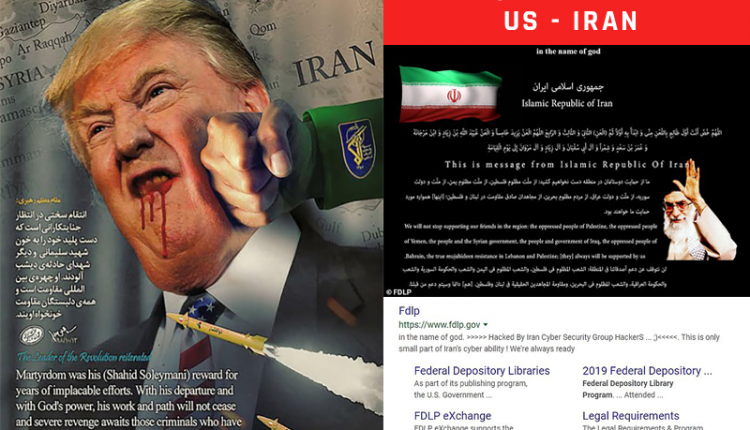 Group of Iranian hackers claimed that they hacked one of the US government website which call Fldp. They have changed and replaced index page with edited image as follow. Furthermore, they posted messages vowing revenge for Washington’s killing of top military commander Qassem Suleimani. That image displayed of Iran’s supreme leader Ayatollah Ali Khamenei and the Iranian flag with Donald trump.

Also they posted message along with the photo. Message placed on the description of the page “In the name of god.>>>> Hacked by Iran cyber security group hackers… 😉 <<<<<< This is only small part of Iran’s cyber ability! We are always ready “

The killing of Suleimani in a drone strike in Iraq early Friday brought a furious vow of revenge from Tehran. According to the Iran, he was the second most powerful person in Iran and this incident hurt them lot. However this incident already became a political problem. Iran and Iraq people already make their moves and US government deployed more troops (750)to Kuwait and up to 3000 in coming weeks. Trump has said Suleimani was planning an “imminent” attack on US personnel in Baghdad.

US had identified 52 Iranian sites, some “at a very high level & important to Iran & the Iranian culture”.all those 52 targets represent 52 Americans who were held hostage in Iran for more than a year from late 1979 after they were taken from the US embassy in Tehran.

Whatever happen so far we not expect any more wars in this world.

Corona & Covid; New-born Babies get named after lockdown in India

How Can I Get Protected from New CoronaVirus (CoViD-19)?

Home Remedies; Be prepared and get rid of Coronavirus